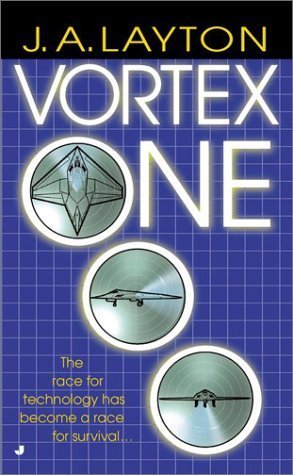 VORTEX ONE (Jove Books, 2001) is a roller-coaster ride of intrigue, high technology and espionage. The race begins when Seattle businesswoman Jennifer Richmond becomes the target of a cabal of international powers who are ruthless in their attempts to track down the secret of a revolutionary new flight system. Jenny's late father invented the top-secret discovery, codename MERLIN, for the U.S. Air Force. MERLIN represents a quantum leap in computer technology that will have worldwide ramifications.

A mole in the U.S. Intelligence Community prevents Jenny from seeking help from her own government. Instead, she hires private investigator Tim Carpenter to keep the interlopers at bay. Tim is a former U.S. Army intelligence officer. Relentlessly pursued, Tim and Jenny must at all times keep one step ahead of the elite forces tracking them down or the MERLIN secret will be lost to America's enemies.

The MERLIN hunt starts in the Cascade Mountains near Seattle. It proceeds through the San Juan Islands to Vancouver, B.C., and then continues northward along the waterways of the Inside Passage. The story concludes in the North Pacific Ocean, offshore of Alaska.

Where to find VORTEX ONE